Funny characters from Disney, Pixar, and DreamWorks will help you escape from everyday problems. In this article, we will tell you about cartoons that will cheer up everyone. 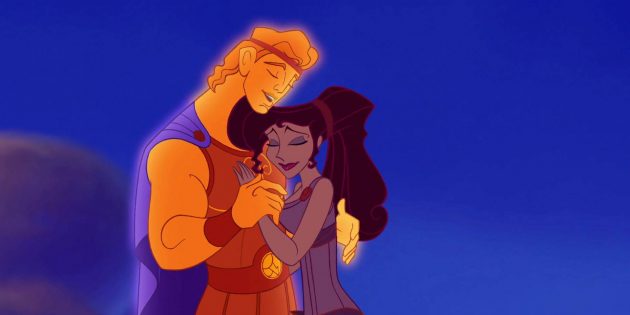 The king and the queen of the gods – Zeus and Hera – have a son who is destined to become a great warrior. The lord of the underworld Hades dreams of seizing power on Olympus. He orders his servants to kidnap and kill the child. As the events turn, everything goes awry. Young Hercules doesn’t die, turns into a mortal, and stays to live among people. But one day, the boy finds out about his origin and decides to become a real hero.


The writers did not follow the myths of Ancient Greece and rewrote familiar stories in a new way. The result was a hilarious cartoon, and the villain Hades got the lion’s share of sharp and funny phrases.

– Hades, long time no see! How are things going in the afterlife?

– Well, how can I tell you … It’s dark, gloomy, at rush hour mountains of corpses, as always. 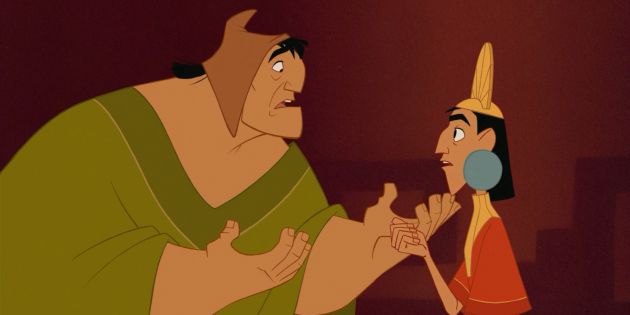 The narcissistic young emperor of Cuzco turns into a lama due to the intrigues of a former adviser. The only person who could help Vladyka return to his own body is a resident of one village. Cuzco was going to destroy it for the sake of a mansion with a swimming pool.

Initially, the cartoon was thought to be dramatic, but they wanted to take Mark Twain ‘s novel “The Prince and the Pauper” as the basis. The producers did not like this option, so the picture was redone in just two weeks.


“How do we kill the emperor, madam?”

“I will create a spell that will cause snowfall.” The valley will drift, and we … will make snowballs and draw archangels on the snow!


– Yes, you’re right; the plan is not without flaws. 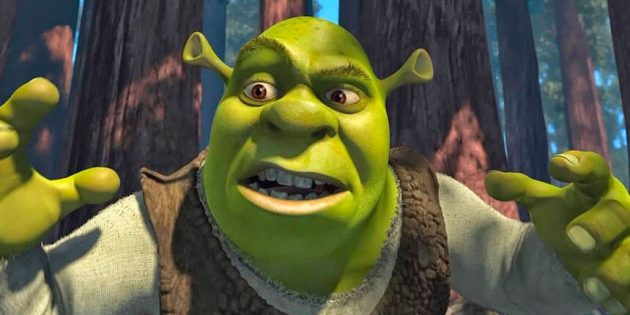 A vast green ogre named Shrek lives alone in a swamp, frightening villagers from time to time. Fairy creatures violate his idyll. Also, he is expelled from the kingdom at the behest of the evil Lord Farquad. To get back peace, Shrek must free Princess Fiona. She is imprisoned in a tower guarded by a fire-breathing dragon. And he will be helped by a pesky companion – the talking Donkey.


For its time, “Shrek” was a real breakthrough, and not only technological. The action takes place in a fabulous medieval setting. At the same time, the characters behave and talk like characters in a modern comedy. As a result, the cartoon has become a cult favourite and beloved by both children and adults.

Many of you will die, but I am ready to accept this sacrifice. 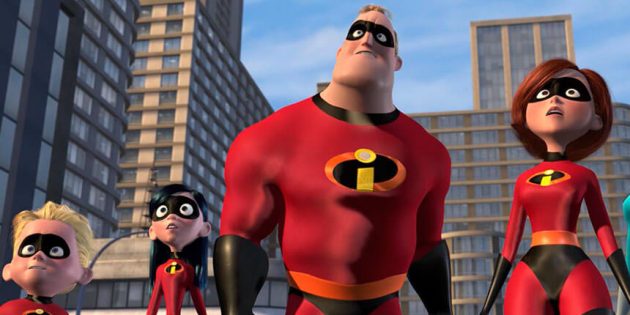 After the U.S. government forever forbade superheroes from doing their job, the latter is forced to hide. Bob Parr was fiercely known under the name Mr Exceptional. He yearns for his former life, but once again gets the opportunity to show his unusual abilities to save the world.

In addition to the fact that “The Incredibles” subtly parodies the comics about the Fantastic Four and films about James Bond. Director Brad Bird managed to create bright and memorable characters. By the way, the prototype for the designer Edna Maud was a real person – the legendary Hollywood costume designer Edith Head. 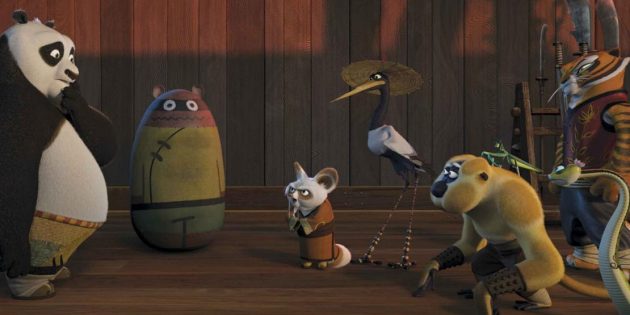 Deep down, Panda Po dreams of becoming a kung fu master but instead delivers orders at his father’s restaurant. Everything changes when a hero by pure chance is chosen as a Dragon Warrior. Now the inexperienced and stupid panda will have to fight the ruthless Tai Lung, who threatens to destroy the valley.

Another funny cartoon by DreamWorks, which will delight both children and adults alike. With excellent humour, the audience will remember the cartoonish battles set by the creators with special care and love. Subsequently, the studio released two sequels without lowering the quality bar.


Perhaps the crap I showed today is not seen in the whole history of kung fu! Throughout the history of China! In the entire history of sludge!

– Po about his first workout

Evil mother Gothel steals a newborn princess named Rapunzel from the royal family. She locks her up in a tower, pretending to be the girl’s mother. The hair of the child has magical properties, thanks to which Gothel remains young for many years. But Rapunzel is growing and increasingly wants to see the world around her with her own eyes. And one day, an unexpected guest appears, ready to help her with this.


The writers decided to move as far as possible from the original dark tale of the Brothers Grimm. As a result, the idea was perfect for them. The cartoon marked the beginning of the revival of the Walt Disney studio after another significant stagnation.

Two baby aliens come to Earth. One of them who’s matured becomes a superhero named Machomen, and the other – a brilliant villain Megamind. They have been at odds with each other for many years. Only until Megamind, unexpectedly destroys the universal protector and favorite.

The victory does not bring him the expected joy. On the contrary, it helps him to win the heart of journalist Roxanne Richie under the guise of a handsome guy, Bernard. At the same time, Megamind is trying to create a new enemy for itself. And as a “source material” chooses the cowardly and stupid cameraman Hal Stewart.


It’s one of the funniest full-length projects at DreamWorks. The characters voiced by Will Ferrell, Brad Pitt, and other famous actors joke nonstop on the themes of well-known pop culture phenomena.

The good-natured bummer Ralph works as a villain in the arcade toy Master Felix. The Younger and suffers from the fact that the glorious guy Felix gets universal love, and he is silent. Ralph is sadly not invited to the celebration of the anniversary of his own game. Then the thug goes in search of recognition in a nearby slot machine.

The cartoon will especially appeal to adult gamers who are familiar with Pac ‑ Man, Sonic the Hedgehog, Mortal Kombat, Street Fighter, and another arcade retro.

Monster Mike Wazowski enters a prestigious faculty that trains future intimidation specialists. He studies hard, but he lacks the ability. His talented but lazy classmate James P. Sullivan considers study as a waste of time. After a strict dean rules out both, the guys decide to win the University Scare games to remain students. But to do this, they will have to leave their differences and learn to cooperate.

It’s the prequel to “Monsters, Inc.” Although it falls short of the recognized masterpieces of the Pixar studio, it is still shot very high quality. And the humour of the cartoon will resonate in the heart of everyone who was once a student.

Five emotions live in the head of an 11-year-old schoolgirl Riley Anderson: Joy, Sadness, Fear, Anger, and Squeamishness. Thanks to their well-coordinated work, everything in the girl’s life is going well. But Riley’s familiar world is crumbling from a small town move to a bustling metropolis. Due to a system failure, Joy and Sadness disappear from the brain center. And now, they need to find a way to go back to fix everything.


It’s s a witty and touching cartoon, imbued with nostalgia for the passing of childhood. It will make viewers laugh and even cry heartily. Director Pete Docter and a team of scriptwriters created a fantastic world. It was populated with non-standard characters and came up with an exciting adventure. It would not only amuse but also throw a lot of food for thought.

Cheerful rabbit Judy Hopps goes to work in the police of the massive city of Zveropolis. A variety of animals occupied the town. However, her colleagues are condescending to her. Her boss even instructs to write out parking tickets. To prove that the rabbits are no worse than the rest of the police, Judy undertakes to solve a severe case of abduction. Her partner is the cunning fox Nick Wilde, a crook and a rogue.

Walt Disney Studio has created a brilliant cartoon that combines a hilarious comedy and a swirling detective. At the same time, “Zeropolis” talks about serious topics: bias at work, segregation, and corruption.

A simple Mexican boy Miguel secretly dreams of becoming a musician. His household considers this occupation a shame. Suddenly, the guy discovers that he has something to do with his beloved singer Ernesto de la Cruz. And miraculously ends up in the exotic land of the Dead, where he meets the souls of his ancestors.

Even though the cartoon touches on such complex topics as death and farewell to relatives, it is impossible to watch it without laughing. There are too many great jokes in it. At the same time, he is emotionally close to the audience of all ages.

Two elf brothers Ian and Barley Lightfoot live with their mother in a world inhabited by elves, trolls, centaurs, and other unusual creatures. True, all of them have not used their magical abilities for a long time, preferring progress and technology. On his birthday, Ian receives a gift left by his dad. A magic staff that can return a person from the world of the dead for one day.


The brothers try to see their father again, but something goes wrong, and only the lower half of the body appears. And now, they need to go on a journey to complete the magical rite and talk to their dad. But they have very little time.

This kind and light cartoon make you laugh throughout the entire duration. It is difficult not to burst out laughing, watching how the fabulous creatures behave in modern realities. For example, unicorns dig in the garbage like raccoons. Also, you will see little fairies turned into brutal bikers who better not cross the road.

Tell us, have you watched the cartoons from the list? What do you think should be added to them?


You can also read:


10 Crazy Disney Theories That Are Too Real To Ignore

22 Horror Films Based on Real Events and Famous Legends